Humayun Ahmed (Bengali: হুমায়ূন আহমেদ) (13 November 1948 – 19 July 2012) was a Bangladeshi author, dramatist, screenwriter, playwright and filmmaker. Ahmed emerged in the Bengali literary world in the early 1970s and over the subsequent decade became the most popular fiction writer of the country. His breakthrough occurred with the help of Ahmed Sofa and the publication of his first novel, Nondito Noroké in 1972.He was a former professor of Chemistry at the University of Dhaka, Bangladesh. 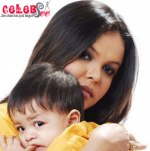 Humayun Ahmed was born in Mohongonj, Netrokona, but his village home is Kutubpur, Mymensingh, Bangladesh (previously East Pakistan). His father, Faizur Rahman Ahmed, a police officer and writer, was killed by Pakistani military during the liberation war of Bangladesh in 1971. His mother is Ayesha Foyez. Humayun’s younger brother, Muhammed Zafar Iqbal, a university professor, is also a writer of mostly science fiction genre and a newspaper columnist. Another brother, Ahsan Habib, is a painter and the editor of Unmad, a cartoon magazine. Ahmed was married to Gultekin, granddaughter of Principal Ibrahim Khan, in 1973. The couple got divorced in 2003. He later married TV actress, Meher Afroz Shaon.