The Dirty Picture is an upcoming Hindi language biopic on the life of Southern siren Silk Smitha, directed by Milan Luthria and produced by Shobha Kapoor and Ekta Kapoor. They had earlier collaborated, along with scriptwriter Rajat Aroraa, on the hit Once Upon A Time In Mumbaai (2010). Vidya Balan, Naseeruddin Shah,Tusshar Kapoor and Emraan Hashmi will be seen playing lead roles in The Dirty Picture. The film will be released nationwide on December 2, 2011 on the birth anniversary of Smitha. 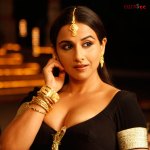 Anjana Sukhani is an Indian film actress and model, who predominantly appears in Bollywood films. Anjana was born to a Hindu Sindhi family in Jaipur. She did her schooling from Kamla High School, Khar, Mumbai. Academically inclined, she holds a Management Degree in International Business from UWIC, UK. Her sister Meena Sukhani made her debut in the movie Bachna Ae Haseeno; she was one of Minnisha Lamba’s friends.

Anjana Sukhani put her academic pursuits behind to pursue acting. During the early years of her career, she was cast in a television advertisement for Cadbury Dairy Milk chocolates with the Bollywood superstar Amitabh Bachchan. She was also noted for her performance in the remixed Hindi music video for the song Ghar Jayegi. Even though she does not have a film industry related background, she has figured in sizeable roles like in the 2007 multi-starrer blockbuster film Salaam-e-Ishq, following which she starred in Golmaal Returns, a sequel to the 2006 hit film Golmaal. Her other releases were Jai Veeru, Jashnn and her Kannada debut film MaLeyali Jotheyali alongsideGanesh and Yuvika Chaudhary. She has been cast in Tollywood actor Ravi Teja’s film Don Seenu marking her entry into Tollywood.